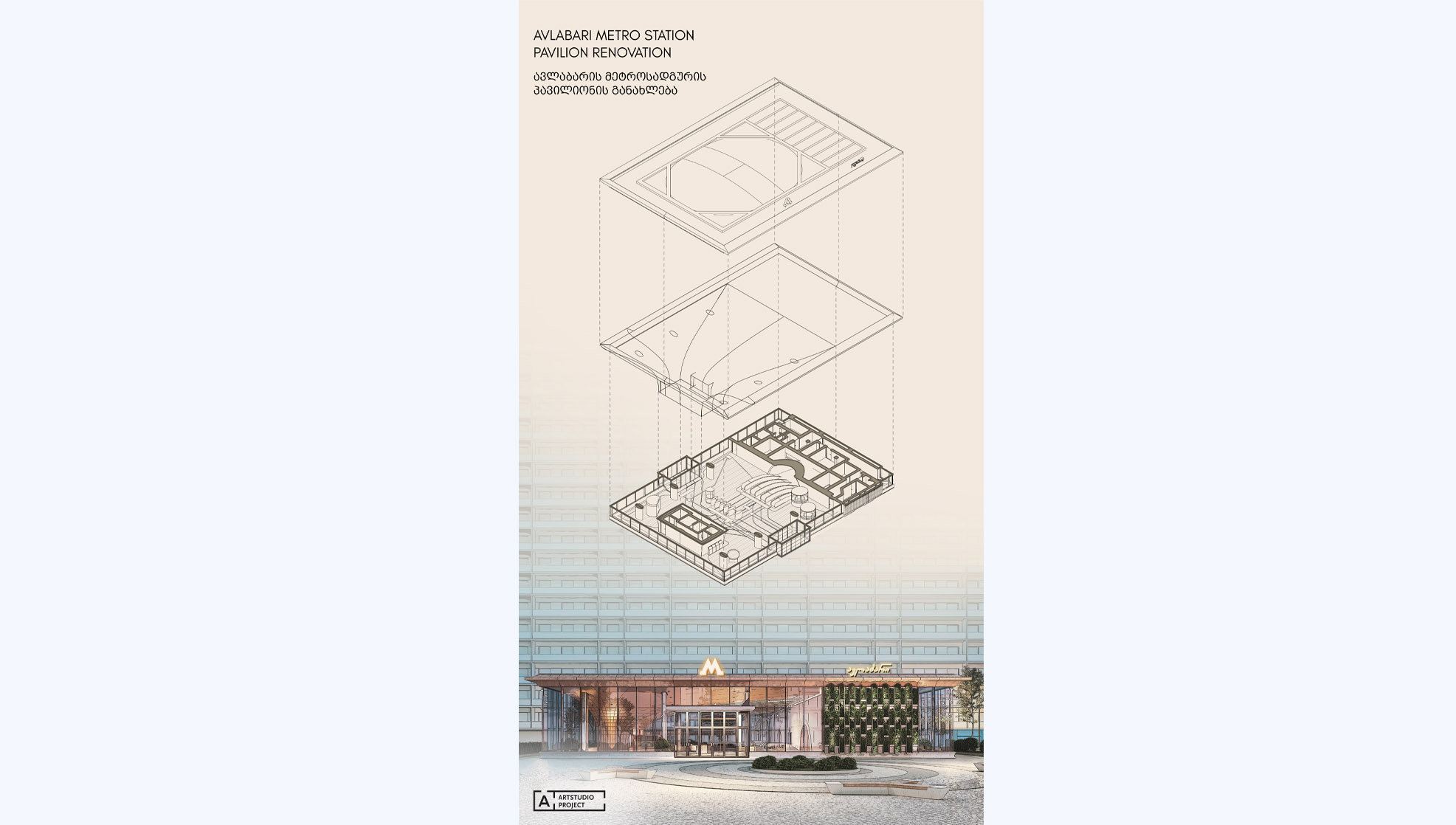 The first line of Avlabari Metro was inaugurated in 1967 which connected the city along. The architecture was simple and was made in constructivism style. After that the building was transformed many times. In 2006 were renovated escalator’s part and green wall was built on the facade surface.

Today the building is very dilapidated inside and out. Facade and interior parts demanded cleaning from unnecessary elements and sensitive restoration. Design goal was to return to the original appearance as much as possible. So facade glazing, flying entrance canopy and base were restored. In Interior part most of original fit-outs were demolished during years and there’s footprint was lost. We tried to preserve simplicity in the interior area, so we made an attractive volume – canopy, which covers and protects all original wall contours of the pavilion and passes out a little bit from the façade line to make a little shade from outside and protect renovated glazing system. The new volume came out less than 7 kg per sq.m is connected to the old structure by suspended elements which were restored.

In the floor special navigation lines are built for pedestrians and visually impaired people. There’s a bench along the pavilion contour for passengers in the interior part. Pavilion is equipped with conditioning and lighting. For the main volume was chosen noble dark brick color, which gave an association of the local architecture palette.

Our task was to make interconnection between interior of the pavilion and exterior areas of the reconstructed square. To make metro area a public space, friendly, attractive and at the same time a meeting orientation point for people.